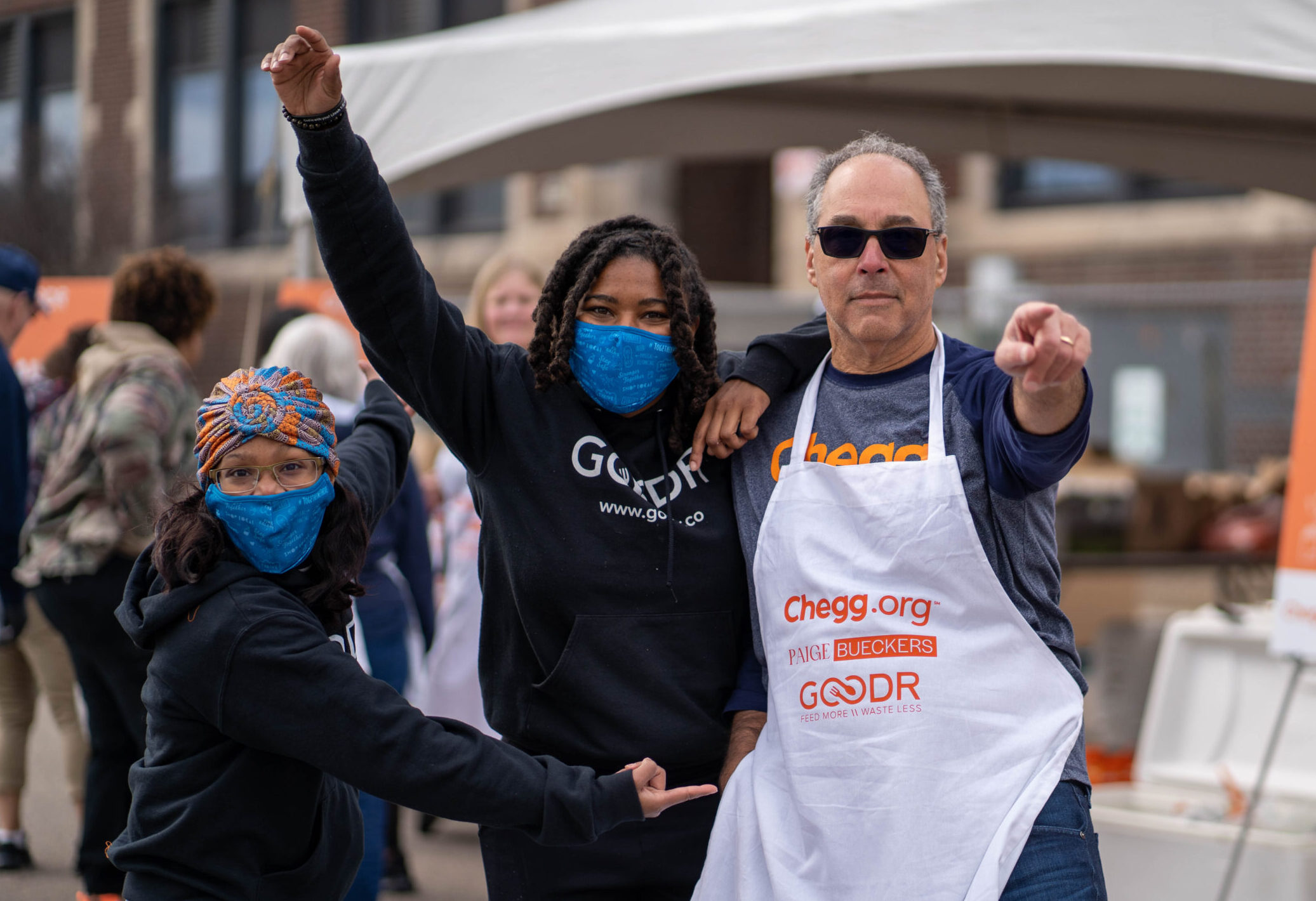 Ahead of the NCAA Finals, we launched our latest partnership with the leading student-first connected learning platform, Chegg, and their first student-athlete brand ambassador, collegiate basketball star Paige Bueckers. Paige and Chegg will work to draw awareness to the issue of student hunger, with a report from Chegg.org showing that 32% of U.S. college students surveyed reported they had suffered from food insecurity since the start of the pandemic.

As the first activation of this new partnership, we worked with Paige and Chegg.org, the non-profit arm of Chegg, to bring a free pop-up grocery market in Minneapolis, Minnesota during NCAA Final Four Weekend. The pop-up grocery market, which took place on April 2nd, provided 6,000 meals to the local community. The market was the first of several Goodr grocery markets launched as the Minnesota-native and Chegg work together to bring awareness to the issue of student hunger. After the tournament, Chegg.org and Paige will work towards opening permanent free Goodr grocery stores on school and college campuses to further address the issue of food insecurity amongst America’s students.

“As a college sophomore balancing so many things, I’ve always appreciated Chegg’s commitment to meeting students where they are and supporting them in a meaningful way,” said Paige Bueckers. “I’m thrilled to become Chegg’s first student athlete brand ambassador and for this opportunity to help in the fight against food insecurity which affects too many of my peers and 12 million kids in the U.S. While this is the first of several projects in schools with Goodr, it was really important to use the momentum we have around the tournament to raise awareness on the issue and support my hometown of Minneapolis during such an important weekend for our game.”

On April 2nd, our team members were joined by the Chegg team, including their CEO Dan Roswensweig, and members of Paige’s family for the first Pop-Up Grocery Market of the partnership. Over several hours, we worked together to distribute fresh produce, meats and seafood, shelf-stable items, beverages, and more to 150 families at the Sabathani Community Center in Minneapolis.

We can’t wait to continue our work with Chegg and Paige and make an impact on student hunger across the country.